How Vitamin C KO’d My Sciatica 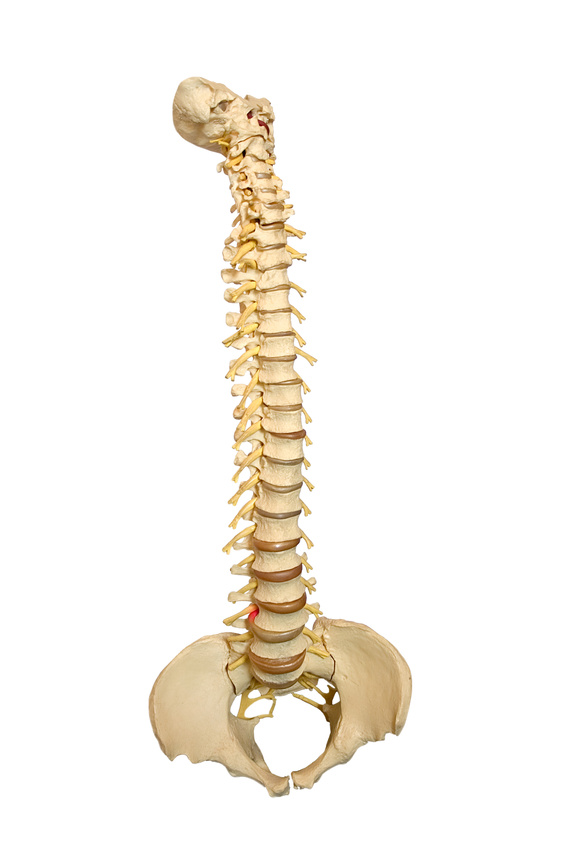 I have an old injury from my military days, which contributed to the degeneration of discs in my L4/L5 spinal segment. In October 2013, issues with my lower back flared up again. By February, one of the discs had herniated severely compressing my thecal sac and left lateral recess, causing a horrible case of sciatica. For almost two months, I’d lost the ability to get myself out of bed without assistance (and it still took about 30 minutes or so before I could calm my leg down enough to move). I could barely dress myself, sit or stand, and spent some days on crutches or used a cane. I hated the thought of going to bed, because I knew I’d be trapped in there, not to mention the pain worsened during the night as my body temp dropped and my muscles stiffened.

I tried the stretching exercises for sciatica relief on YouTube, to no success. I tried chiropractic care. While it helped with some of the lower-back pain, the compressed nerve and thecal sac were still kicking butt, literally, as the searing pain manifested in my lower-left leg and left buttock.

With all the knowledge I had in herbs, I plowed through them, trying my best to find some that would help with the pain and inflammation. I cut as many inflammation-forming foods from my diet as possible. I drank cup after cup of ginger, Valerian root, nettle, lemon balm, cayenne, cinnamon, devil’s claw, etc., but none offered me the relief I needed to climb off the 10-level pain scale I was on. I will note that these did help significantly in decreasing the inflammation, to the point my back no longer felt wedged between two vice grips trying to reach each other. But pain was still my constant companion. I couldn’t drive, bend to get anything out of lower cabinets or off the floor, or sit in any of the chairs outside of the harder, firmer ones in my kitchen and dining room. I got to the point where I couldn’t go into the office anymore. It was too painful to consider and, mentally, I was exhausted. Making it worse, was that until I could no longer, I hid the extent of my pain from everybody.

I found myself so delirious from the pain that every day became a challenge just to accomplish the basics, like going to the bathroom. One day, a few of the clouds lifted from my mind and I remembered back to one morning where I was actually able to get out of bed with little pain. I couldn’t remember what I had done differently, until it dawned on me that I had taken about 2,000 milligrams (mg) of vitamin C the evening prior, solely because my daughter, who had a cold, refused it due to its tartness.

I got to the computer as quickly as I could hobble and typed in “vitamin C to heal herniated disc,” and found there were others talking about the power of vitamin C to heal herniated discs. I instantly began to develop a protocol to see if there was merit to what I was reading. On March 18, 2014, I began with a dose of about 5,000 mg in tablet form. By evening, the leg pain, while present, was bearable. During the course of the night, I was able to rise from bed unassisted and make it to the bathroom in less than 10 minutes (my former record had been 30 minutes WITH assistance). By night three, I was rising from bed and on my way to the bathroom in less than three minutes. Inspired, each day, I added a few thousand more milligrams until I got to what is called bowel tolerance level. This is the point at which you experience diarrhea when megadosing on vitamin C. My limit at that time was about 30,000 mg. Since then, my limit has lowered to about 22,500 mg, which is where I stand today. Depending upon a person’s deficiency level, health and current illnesses, the limit varies. No two people will require the same dose at any given time. And any given person will not always require the same dose.

Every two hours, I drop a half teaspoon (2,500 mg) of vitamin C powder, in ascorbic acid form (which I find much more convenient than tablets), into a little water, stir until completely dissolved and drink up. Another reason I prefer the powder is because the chews, tablets and capsules usually have too many additives. If you’re going to be taking large amounts of something for extended periods, you want to do away with the extras because they could cause issues of their own down the line. The taste of the powder is not that bad. For anyone accustomed to drinking lemon water, there won’t be much difference in taste. Well, it might be a bit more tart, but it’s not bad. I’d much rather tart than pain. An old friend of mine is fond of saying “people will do more to escape pain than to gain pleasure.” Darned, if he isn’t right!

Fast forward to today, March 29, 2014, I can get out of bed unassisted and be bathroom bound in less than a minute. My pain is steadily decreasing. Whereas before I would have said my pain was consistently between 9-10, with 10 being most severe, I can now say my pain fluctuates between 0-2. And the two is if I push myself too much.

Just prior to the vitamin C “discovery,” I’d gone to see an orthopedic surgeon who, after looking over my MRI, wanted to schedule me for surgery the next day. I turned him down for three reasons: 1) He had to be stone mad to think I’d just jump under a knife or laser without doing my research; 2) He didn’t ask, but told me he’d be scheduling me for surgery; and 3) I was convinced that more conservative treatments should be tried before having such a serious procedure performed. I’m glad I stood my ground, because it was after this visit that I remembered the vitamin-C incident.

Of note, since beginning the vitamin-C protocol, I dropped my dosage a bit for a day or two and the pain returned. When I returned to the higher dose, the pain diminished within hours. That was the confirmation I needed to know that the vitamin C was working—and that it WAS the vitamin C that was making a difference.

I’ll continue on my regimen, even if it means taking vitamin C as a maintenance dose for an extended period. The beauty of vitamin C is that it’s non-toxic and doesn’t have the side effects of mainstream drugs, even at megadose levels, of which I’m currently taking. It’s water-soluble and works like a diuretic when you have more in your system than you can use. That means lots of bathroom runs, but I’m cool with that as well.

I’ve listed below articles and videos I came across when researching vitamin C as a healing protocol for herniated discs. I was pleasantly surprised to learn about an abundance of uses that aren’t shared much, if at all, by the mainstream medical establishment. Its effectiveness has been proven in tumor reduction, cancer elimination, diabetes reversal, colds and flu, and more! I must state that the lack of sharing isn’t all due in part to “hiding” the benefits of higher intake of vitamin C to heal infections and other illnesses. Some doctors honestly have never heard of the protocol. I recently met one who was very open to its potential when he reviewed my MRI and then watched what I was able to do in the physical, despite the test results showing severe compression of the nerve root and thecal sac.

When you realize how deficient most of us are as it pertains to vitamin C, you realize that many of our illnesses stem from not having the necessary nutrient stores in place to defeat them. The newest medical push is to prescribe vitamin D to as many people as will fill the prescriptions. Adequate vitamin-C levels are required to properly absorb vitamin D. Do keep in mind that it is most difficult to obtain all our vitamin-C requirements from food alone when attempting to resolve illnesses or injuries.

Note: Please visit the links and review the research (see below) as it regards how much is enough when taking vitamin C for colds and flu, because you’ll find it of great value. Considering our inherent vitamin-C deficiency, 250 mg a day will probably not do much of anything toward decreasing the severity, length and occurrence of colds and flu. The average person, who is likely highly deficient in vitamin C, requires more than that, just as I required thousands more to get to the point where the pain in my leg was barely perceptible.

Medical Disclaimer: I am not a doctor nor do I play one on television. I do not have the authority to prescribe protocols, drugs or dietary plans for anyone other than myself. If you choose to take vitamin C or any nutritional supplement that is solely YOUR decision. I am only sharing here what has worked for me. The rest is up to you. Those with iron overload disorders, such as haemochromatosis, should not attempt Vitamin C megadosing, as it could be life-threatening. High vitamin-C intake in the first trimester of pregnancy may cause miscarriage.